Travelling for days. Distance cycled km. Now I am in
MENUMENU 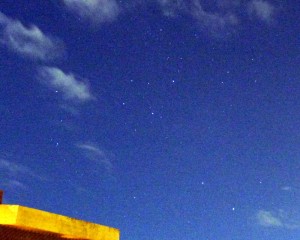 It is evening. I sit on the terrace and admire the first full moon over the ocean. I look to the right and see a constellation new to me – it’s the Southern Cross. You’ll see it on the flags of few countries of the southern hemisphere, including Australia.

Second day we spent with my friend Remik, who showed us some nice sights and cheap shops. The latter is especially important to us, since Sydney is really expensive. Till the end of the week we have a room with a large terrace and views of the ocean and the city, with visibility up to fifty kilometers into the water and land (we even see the entire airport and landing planes), which is awesome, but expensive. Hence we are looking for something cheaper. Falling asleep before 23:00 and getting up at dawn as soon as two days after arrival should be regarded as success. On the third day we put the bikes together and on the fourth day we go for the first ride. First impressions? For one thing, I had to attach the rear mirror on the other side of the handlebar and still have not gotten used to use it properly. Cycling on the left side can confuse every person, even if she or he did it in the past. Secondly, Sydney is not flat. Numerous hills extend even short distances, but they are also good training for what we plan to do. Thirdly, cycling here is a whole lot safer than in Warsaw. The below road safety campaign perfectly illustrates the statistically dangerous situations, but the behavior of road users in reality does not deviate far from the acting in the spot, at least at the first glance:

So, here we are. In one piece, in health, rested, well-fed. Bicycles fixed, phones active. Ready & steady. Soon in a new flat and in a new job. A view of the future looks as good as the view from our window. What could one want more? 😉